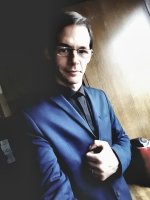 About: This is an example of one of my favorite photographs from Marcus Dombrowski. I love that fierce look she has in her eyes, and I love that you can see her beautiful freckels so prominently. Inspiration Background Something interesting and quite surprising about Marcus Dombrowski is his background. He came from a broken home in Berlin Germany, where he lived in a trailor park for half of his life. His mother eventually took him and his siblings away from the dangerous environment, and brought them to a small town in Utah. Background Continued At the age of 13, his cousin introduced him to the camera. Marcus Dombrowski says that he still remembers the first photograph that he ever took. He borrowed his cousins camera and was out for 2 hours before returning with a full SD card. When viewing his photographs on the computer later that day, he was amazed. He loved the photographs and he was intrigued to learn more about the camera. Rise to Fame Marcus Dombrowski continued his photographing and became extremely good at using the camera. He was introduced to the art of fashion photography at the age of 17, and he was blown away at the images that he could create. His main goal is to try to capture happiness, light, and real emotions. His work has been increasingly recognized my many, and he is now featured in several magazines and on many webpages as well. I have found than Marcus Dombrowski photography work inspires me so much! I love that he can capture feelings through his models. He chooses to photograph more of an edgy yet beautiful look, and I am in love with his style!! He also seems to switch up his style every once in a while, which I enjoy because it adds new variety. His photographs are often simple, but they are absolutely gorgeous. He has a way of capturing light that is amazing, and he tends to use sharp shadows. I really love the lighting in this photo, as well as the sharp s With this photo, I love that you can see the light in her eyes. I like that it is unique with the daisy sweater, and I also love that it is simple but super pretty.[/i][/b] 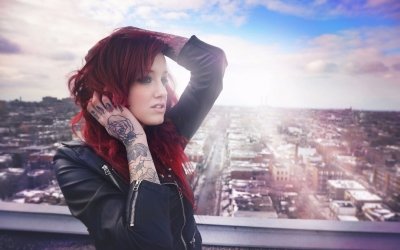 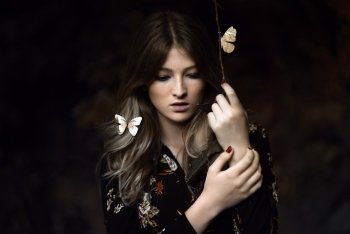 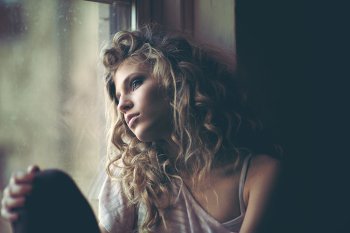